Your Mothers Nightmare #378: About Wildcamping in South America 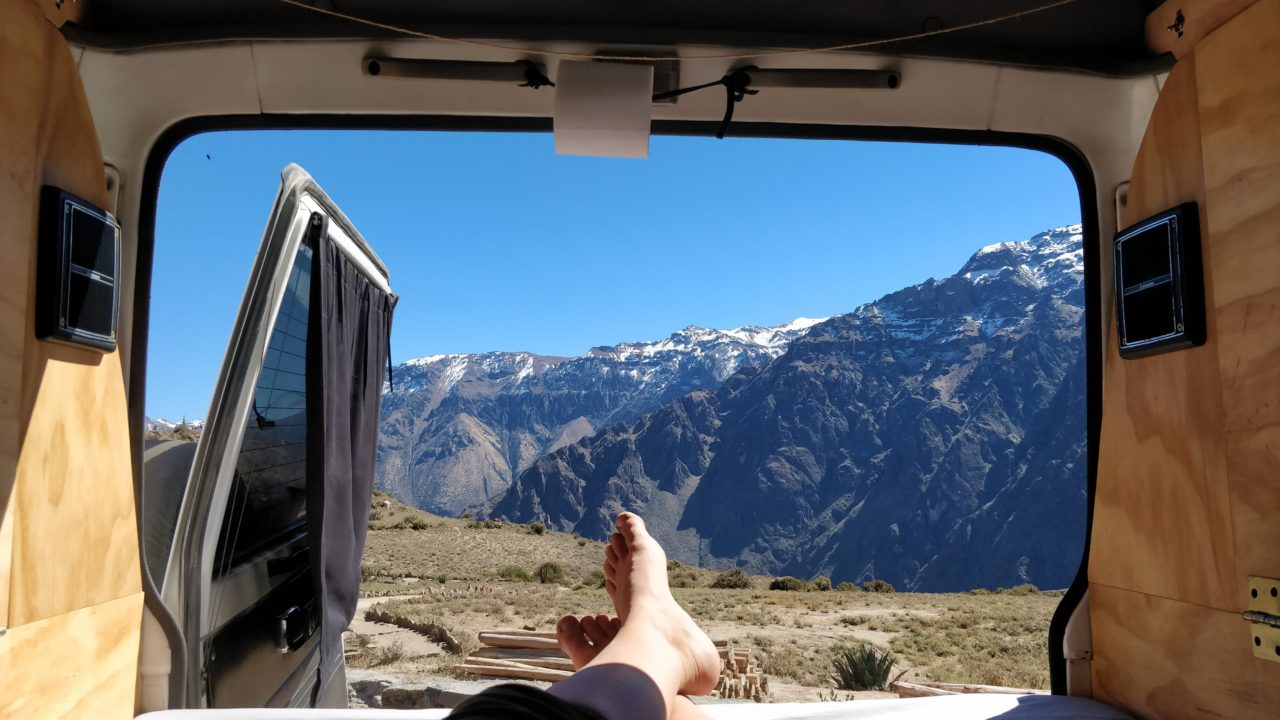 Admittedly – before I arrived in South America, I myself had some concerns when I thought more carefully about the idea of sleeping a lot in nature. Hardly any person I met before the beginning of my journey had anything good to say about South America – no matter which country. It appears to be a great need for many people to warn of possible dangers in the countries one is travelling to. That the dicey situations, which are shared with you without asking for it, did not usually happen to the narrator, but to the friend of an acquaintance, doesn’t matter. It’s hard to not pay too much attention to those drawn pictures. I admit that I don’t always succeed in this, but in order to be dissuaded from a project, it takes more than the widespread fear of the unknown, which seems to live in many people.

So, the tent was packed, money for a car put together.

Already in the first days in Quito I began with the search for a suitable home for the upcoming journey and when Bogotá was reached it was certain: without car it will not continue. The bus, which transports one strictly from A to B, flew by so many enchanted places and spat us out in yet another, disappointingly similar city.

I admit that the search for a car was exhausting and at times gruelling, but during this time we got to know such hearty Colombians that I would never want to miss this episode.

But let’s move forward, because what it should be about is all that followed. And that, to cut a long story short, is one of the most beautiful freedoms I’ve ever known. The possibility of making every place one’s own home is not comparable to another feeling. Because we had built shelves and a bed in the back of the car and equipped ourselves with cooking utensils and food supplies, we could stay where and for (almost) as long as we wanted.

Of course, and I don’t want to lie about this, there are some places where it wouldn’t be a wise idea to spend the night. Personally, I count cities and their surrounding areas as well as next to busy roads, but who wants to sleep here if you have the most beautiful nature nearby?

How many nights were there where we were alone with the stars and were woken up in the morning by funny animal sounds? At lonely beaches, beside wild mountain rivers, at high mountain lakes with fantastic views into far, undiscovered horizons.

Of course we didn’t find paradise every evening and slept in one or the other place where we felt rather uncomfortable. For this we developed the Papaya System. In Colombian there is a saying that roughly means that those who leave their papayas lying around should not be surprised if they disappear. So we assigned a papaya level to critical places, which determined our safety precautions (for example, how far the windows may be open) and actually influenced the quality of sleep a little. Places that had a papaya level above 4 were excluded. In my opinion, this only requires a pinch of common sense and a healthy connection to one’ s gut – just like anywhere else in the world.

Sure, one can argue that the further away one is from civilisation, the likelihood of help in a risky situation drops rapidly. We have found, however, that the further away you meet people, the proportionally more interested and friendly they become. Many passers-by in secluded places at first looked at us somewhat irritated and critical, but then put a bright smile on their faces as soon as we greeted them friendly. Here, as everywhere else in the world, people respond to you as you face them. And who should have anything against your presence if you are friendly and courteous?

In the end it’s like this: I didn’t find sleeping in a car in the nature of South America more dangerous than camping in Italy. A certain risk can of course never be excluded, but this is not bound to a country per se. Also, and this is perhaps overlooked, one escapes some of other risky situations this way. Night bus trips, for example, chaotic situations at bus stations, big multi-bed rooms in hostels where things can get lost, Kamikaze bus drivers… And, and this is perhaps the most important point, if one travels with one’s own car, one gets incredibly much closer to the nature and the people of the visited country, because one travels a lot outside the usual tourist routes and this makes travelling even more multilayered and interesting than it already is.

For me personally this journey was possible, at least at the beginning, only in company of my partner. Now that I have a feeling for the countries I have travelled to, I would perhaps do it alone. I also believe that the solid walls of the car give more security than thin tent walls. But this form would also be imaginable for me here in the meantime.

If you are not sure, you can slowly approach certain forms of travel and first see with your own eyes and feel with your own heart where you actually arrive. Because, and it has always been like this, the people of a country were always much friendlier and kinder than their neighbours warned us.

In principle, we follow those rules when camping in the wild